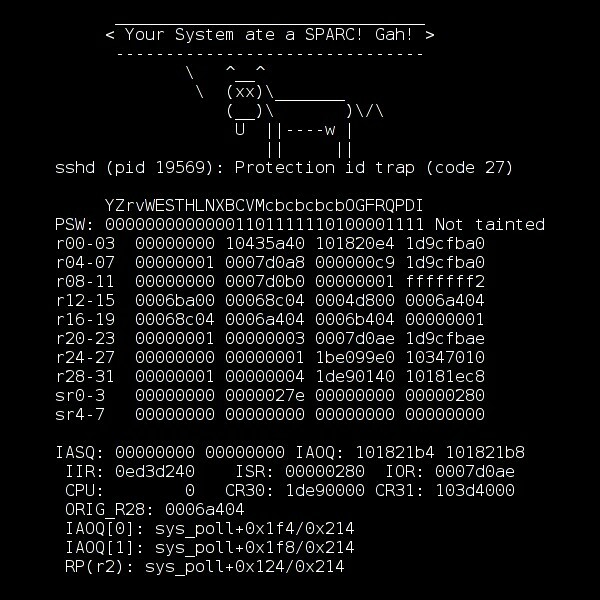 I post a random definition from the Jargon File glossary.

Note that bots in all senses were 'robots' when the terms
first appeared in the early 1990s, but the shortened form is now
habitual.

2. When one's gods, fates, or other time commitments permit one to
get to it (in other words, don't hold your breath). Often abbreviated RSN.
Compare copious free time.

[IBM] Syn. for flush (sense 2). Has a
connotation of finality about it; one speaks of draining a device before
taking it offline.

definition of page out: vi.

2. [Brown University] A Unix-like OS developed for tutorial purposes
at Brown University. See http://www.cs.brown.edu/courses/cs167/weenix.html.
Named independently of the ITS usage.

2. In jargon, used very similarly to v. block; also in
sleep on, syn.: with block on. Often used to indicate that the
speaker has relinquished a demand for resources until some (possibly
unspecified) external event: "They can't get the fix I've been asking
for into the next release, so I'm going to sleep on it until the release,
then start hassling them again."

[USENET] A deliberate typo for 'typo'. Used in satirical
reference. "There's a tyop in your posting". Compare
grilf, hing.

Said of anything that is or causes a lose or
lossage. "The compiler is losing badly when I
try to use templates."

[Usenet; common] Abbreviation: "Make Money Fast".
Refers to any kind of scheme which promises participants large profits with
little or no risk or effort. Typically, it is a some kind of multi-level
marketing operation which involves recruiting more members, or an illegal
pyramid scam. The term is also used to refer to any kind of spam which
promotes this. For more information, see the Make Money Fast Myth
Page.

[Coined by Chuq von Rospach c.1983] [portmanteau, network +
etiquette] The conventions of politeness recognized on
Usenet, such as avoidance of cross-posting to
inappropriate groups and refraining from commercial pluggery outside the
biz groups.

definition of locals, the: pl.n.

The users on one's local network (as opposed, say, to people one
reaches via public Internet connections). The marked thing about this
usage is how little it has to do with real-space distance. "I have to
do some tweaking on this mail utility before releasing it to the
locals."

A deliberate misspelling and mispronunciation of
verbiage that assimilates it to the word
'garbage'. Compare content-free. More
pejorative than 'verbiage'.

[TMRC] For any story, in any group of people there will be at least
one person who has not heard the story. A refinement of the theorem states
that there will be exactly one person (if there were
more than one, it wouldn't be as bad to re-tell the story). [The name of
this theorem is a play on a fundamental theorem in
calculus. —ESR]

definition of source of all good bits: n.

A person from whom (or a place from which) useful information may be
obtained. If you need to know about a program, a
guru might be the source of all good bits. The
title is often applied to a particularly competent secretary.

There's More Than One Way To Do It. This abbreviation of the
official motto of Perl is frequently used on
newsgroups and mailing lists related to that language.

[often confused with mung, q.v.] To transform
information in a serial fashion, often requiring large amounts of
computation. To trace down a data structure. Related to
crunch and nearly synonymous with
grovel, but connotes less pain.

definition of Black Screen of Death:

[prob.: related to the Floating Head of Death in a famous
Far Side cartoon.] A failure mode of
Microsloth Windows. On an attempt to launch a DOS
box, a networked Windows system not uncommonly blanks the screen and locks
up the PC so hard that it requires a cold boot to
recover. This unhappy phenomenon is known as The Black Screen of Death.
See also Blue Screen of Death, which has become
rather more common.

definition of condition out: vt.

To prevent a section of code from being compiled by surrounding it
with a conditional-compilation directive whose condition is always false.
The canonical examples of these directives are
#if 0 (or #ifdef
notdef, though some find the latter
bletcherous) and #endif in C. Compare
comment out.

[Usenet] Common synonym for "Me, too!" alluding to the
legendary propensity of America Online users to utter contentless
"Me, too!" postings. The number of exclamation points
following varies from zero to five or so. The pseudo-HTML<AOL>Me, too!</AOL>is also frequently seen. See also
September that never ended.

I post a random definition from the Jargon File glossary.